To try to describe a compounding and self-destructive cycle is difficult. I’ll try is so many words.

The Buffalo Bills traded away veteran WR Lee Evans today. There is no good reason why they should have.

1) So they might say Lee wasn’t a part of the Buffalo Bills future. Well who the heck is then? And how far in the future do we expect some success?
2) So they might say that he was overpriced. He’s still better than what else they have. Plus his salary isn’t bankrupting a team with one of the lowest payrolls!
3) So they might say that they want to part with players who were part of a losing culture. But they are perpetuating a losing culture by trading away a player who makes them more competitive NOW! So this cycle has been and will continue to be never ending!

The blind is leading the blind. At some point the Bills need to stop “rebuilding” and start fielding a competitive team. Two steps forward, three steps back isn’t rebuilding. How are the younger guys we’re relying on for the future supposed to improve if veterans aren’t there to help them pave the way?

The Bills have one of the lowest (if not the lowest) salaries in the NFL right now. After 11+ seasons of losing, is it a surprise?

I don’t think this cycle of suck will ever end.

Hey Buddy Nix, what’s your plan? How many years do you need to turn this around? 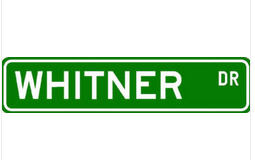 Buddy Nix finally crawled out from hiding yesterday and issued some statements. They are OBVIOUSLY in reply to my postings. 🙂

First, I’m finally happy to learn he’s not blind. He admitted that the team is an utter disaster.

He asked the fans be patient, that the rebuilding will take time.

See that’s what I still have an issue with. Buddy Nix was with the organization since January 2009. While it’s great that he’s finally doing SOMETHING in week 4 of 2010, more should have been done before the season started. A lot more.

His reasoning is that they wanted to evaluate things for themselves. Man o man. Did the man watch any game film whatsoever? I used to subscribe to the notion that “if fans were so smart, then why aren’t they GM?” Well this is one rare case where fans (and media alike) showed that they knew a lot more about the team than the “experts.”

So while we’re busy being patient while the team implodes, Buddy Nix is only now learning what he should have known long long ago.

He also addressed the Kelsay resigning. While he said that “no one is safe” on the roster, he defended his resigning of Kelsay to keep some veteran leadership. He went on to say that they realize that there is a culture of losing on the team and in the locker room, and they aim to fix it. He also alluded to knowing that Kelsay wasn’t any good!!!! Sooooooooooo. If you say no one is safe, you say you want to kill the losing culture, and you allude to the fact that Kelsay isn’t good, THEN WHY DO YOU RESIGN HIM? That action right there is what’s maintaining the losing culture.

I have a mix of emotions right now:

Well, no I’m not happy and I have no faith in Nix. I still don’t think he realizes how terrible the team really is and he doesn’t have the skill to fix it.

I though I’d weigh in on this since I’ve been chronicling all of the Buffalo Bills blunders.

I don’t dislike the trade. It’s too late though. The trade should have happened in the off-season, not 4 games into the season. But it’s better than nothing I guess.

I have a bigger problem with the perceived value of draft picks. This isn’t a problem for only the Bills.

So the Bills give up a well above average running back for a 4th round draft pick. Ok.

I’d like to know what percentage of 4th round draft picks end up being better than average. I’d be willing to guess it’s a small percentage. I don’t see why the value of a proven talent isn’t more than the gamble of a draft pick. Same with the Randy Moss trade. I think it’s a product of the monkey see, monkey do, behavior that’s rampant in the NFL.

Well, well, well. What did you think of the team’s performance yesterday? Are you surprised? I’m not. You did nothing at all to improve the team for 2 straight years. Yes two. Although you were GM for one, you were with the team for 2, correct? You and the rest of the imbeciles in the front office. Do you have any say in personnel matters, or is it all Ralph?

Funny thing happened this week. You gave a contract extension to Chris Kelsay. Granted he’s a super nice guy from everything I’ve read about him, but on the football field he is a liability. Don’t you see that? Don’t you watch the games? Doesn’t it bother you to see him futility try to cover rookie tight ends? Doesn’t it bother you to see running backs run right by him over and over again?

This tells me you have no clue. You are in over your head. You took two straight years off. You set the team back even further. With you in charge, I doubt we’ve even seen “rock-bottom.” Do yourself and Bills fans a favor and quit. Unless you enjoy being the laughing stock of professional sports.